Project Title: Whole-cell amination of ketones at the expense of light and ammonia 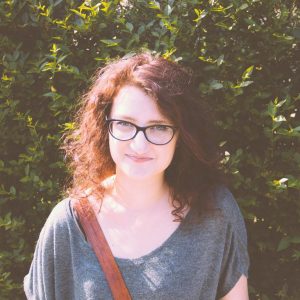 Valentina grew up in a beautiful small village in Croatia, surrounded by nature. It inspired her to learn more about the world around her, so she chose Molecular Biology studies at the University of Zagreb. After, she embarked on a dual-degree Master program between the University of Zagreb and the University of Orleans in France earning Master degrees in Molecular Biology and Bioindustrial Techniques, respectively. She believes developing novel cell factories to take advantage of microorganisms as natural biocatalytic machines is the key for a shift towards a sustainable industry of tomorrow with a minimal environmental impact. In her project, she gets to put that in practice and work with novel cyanobacterial cell factories.

When she is not in the lab, Valentina likes to travel, hike and read good books.

ESRs Valentina and Jelena participated in the recent 2nd Meeting in FUNCTIONAL BIOLOGY AND BIOTECHNOLOGY OF PLANTS  and presented their talk entitled, “How to apply to a Marie Sklodowska Curie Innovative Training Network – European Joint Doctorates (ITN/EJD)”. In the first part of the presentation, they explained what are MSCA actions, different PhD programs and how to apply for them. In the second part they presented general information about the PhotoBioCat program.

There were around 70 participants in the , mostly students of the Master course in Functional Biology and Plant Biotechnology, Faculty of Sciences, University of Porto

More Info about the event: https://encontrobfbp1.wixsite.com/2018