What if you could create 100 per cent biodegradable plastic and chemical compounds using only natural ingredients and light, generating no waste at all, and 100 per cent sustainable?

That’s actually the vision of an international research team currently working towards the synthesis of green chemicals for our daily life; chemicals such as polymers, pharmaceuticals and fine chemicals – an industry that today actually belong amongst the most polluting in the world, not just because of what ends up in nature, but also because of production processes that traditionally produces a lot more waste than product.

Dr. Caroline Paul recently accepted the tenure-track position of Assistant Professor at the Department of Biotechnology in TU Delft.  She will still continue as the main supervisor of ESR9.

Check out her profile here.

Dr. Paul was awarded the Best Poster Prize at Novel Enzymes 2018 in Darmstadt (novelenzymes2018.eu), sponsored by the company Prozomix Ltd (UK), for the poster entitled, “Most significant concept of revelation contributing to the science of Novel Enzymes”. 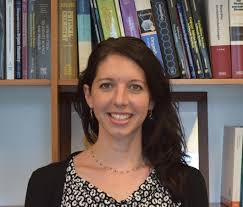 ESRs Valentina and Jelena participated in the recent 2nd Meeting in FUNCTIONAL BIOLOGY AND BIOTECHNOLOGY OF PLANTS  and presented their talk entitled, “How to apply to a Marie Sklodowska Curie Innovative Training Network – European Joint Doctorates (ITN/EJD)”. In the first part of the presentation, they explained what are MSCA actions, different PhD programs and how to apply for them. In the second part they presented general information about the PhotoBioCat program.

There were around 70 participants in the , mostly students of the Master course in Functional Biology and Plant Biotechnology, Faculty of Sciences, University of Porto

More Info about the event: https://encontrobfbp1.wixsite.com/2018

Last August 21, 2018, the PhotoBioCat team in Graz was invited for an Interview with Ms. Barbara Hoheneder from the Spirit of Styria Magazine.

The article would  highlight  the Scientific Aims of the project, and the general overview of photo biocatalysis and its contribution to society.  The ESRs and the European Joint Doctorate Program will also be mentioned.

Here are some photos behind the scenes during the interview.

Check out the Spirit of Styria Magazine here.