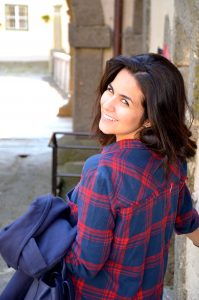 Leen defines herself as an Arab-Latin hybrid who grew up in the concrete jungles of Dubai. She obtained her bachelor’s degree in Biotechnology in Dubai before relocating to Graz to pursue further studies. In 2018, under the tutelage of Professor Robert Kourist, she received her master’s of science degree for her work on autotrophic biocatalysis in C. necator. Leen is still a part of the Kourist group where she is currently a project assistant and doctoral candidate continuing her work on autotrophy.

Outside of the walls of the laboratory, Leen is a prolific tweeter who advocates for women in science, open access and hilarious PhD comics. She is also an avid cook-book collector who is always cooking up a storm and making jokes.